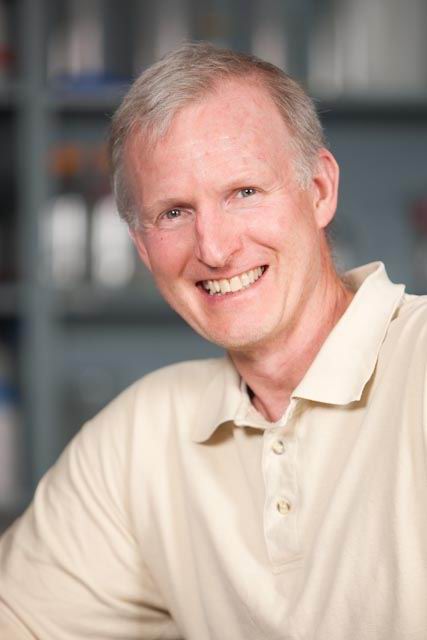 Our research is largely focused on breast cancer, but we also explore molecular mechanism that play important roles in ovarian, prostate and bladder cancer. When these cancers are detected at an early localized stage, surgery is often successful in achieving long term survival or even cure. However, when cancers become invasive and progress to metastatic disease, surgery followed by adjuvant therapies is required, and in many causes these patients will relapse and succumb to treatment-resistance disease. It is these more aggressive treatment resistant tumors that account for the majority of cancer deaths. This underscores the urgent need to achieve a deeper understanding of the molecular mechanisms that drive metastasis and treatment resistance. Our research seeks to identify the molecular drivers of metastasis and drug resistance as prognostic and predictive biomarkers, and more importantly, as therapeutic targets.

Calpain proteases have recently emerged as important players in the global cell signaling network, and as potential novel therapeutic targets in breast cancer and other diseases. They act on their protein substrates through limited proteolysis; often cleaving away regulatory domains. In this way, calpains can activate, inactivate, or otherwise change substrate functions. A full understanding of the roles of calpain in the global signaling network is confounded by there being over 160 known substrates (including oncoproteins and tumor suppressors), and our poor understanding of the effects of calpain cleavage on their functions in the cell signaling network. Using our genetic model systems, we showed that calpain-deficient mammary carcinoma cells are less tumorigenic and less metastatic (Grieve et al., 2016; Ho et al., 2012; Hoskin et al., 2015; MacLeod et al., 2018); and they display enhanced sensitivity to specific cancer therapeutic drugs, including doxorubicin, cisplatin and the HSP90 inhibitor, 17AAG. Paradoxically, we also found that deletion of calpain in non-transformed cells (Lu et al., 2014; Tan et al., 2006b; Tan et al., 2006c) or systemic genetic disruption of calpain in mice (Amini et al., 2013; Li et al., 2011; Ma et al., 2012; Ma et al., 2011; Ni et al., 2015; Ni et al., 2016; Rao et al., 2016; Tan et al., 2006a; Yang et al., 2015; Yang et al., 2016) can protect normal cells and tissues against specific cytotoxic challenges. This suggests that calpain inhibition will be well tolerated in a clinical setting, and may even suppress some of the unwanted bystander cytotoxic effects of chemotherapeutics when used in specific combination treatments. Our calpain research program explores this protease as a novel therapeutic target in cancer, whose inhibition will enhance the clinical efficacy of specific therapeutic agents when used in rationally designed combinations. We use transgenic mouse and orthotopic engraftment models of breast cancer to explore the anti-tumorigenic effects of calpain disruption; identify calpain substrates and determine what cell signaling pathways are regulated by calpain activity, with the objective of identifying synergistic therapeutic targets; and develop inhibitors of calpain to test in our preclinical cancer models. This work will set the stage for future clinical trials of calpain inhibitors to be used in combination with other cancer therapeutics.

FER is a ubiquitously expressed cytoplasmic protein tyrosine kinase. Using genetic manipulation of fer in mice and cell line models, we recently showed that FER promotes mammary carcinogenesis and mitogenic signaling, and this is associated with effects on EGFR trafficking and MAPK signaling. FER also regulates cell migration and survival signaling from other receptor systems, including focal adhesions (Sangrar et al., 2007) and adherens junctions (El Sayegh et al., 2005; Xu et al., 2004) and the c-MET hepatocyte growth factor receptor in ovarian cancer (Fan et al., 2016). We have also learned that genetic disruption of FER sensitizes HER2+ BC cells to the dual EGFR-HER2 inhibitor Lapatinib, and dramatically suppresses the metastatic potential of both HER2+ and TNBC cancer cells (Sangrar et al., 2007). Our finding support a model where FER promotes metastasis in part through promoting migration and invasion, but perhaps most importantly through anti-anoikis signaling mediated by adherens junctions cell-cell interactions. Our FER research seeks to elucidate the molecular, cellular and physiologic basis of FER involvement in metastasis, perform structure-function studies to define roles for key FER domains, develop both active site and allosteric FER inhibitors, identify therapeutics which synergize with FER inhibition, and finally, to test these drugs in our established preclinical models of metastatic BC. This work will set the stage for future clinical trials of FER inhibitors used in combination with other cancer therapeutics.

The FES protein tyrosine kinase was originally identified as an oncoprotein. Using genetic manipulation of the fes proto-oncogene in transgenic mouse models of breast cancer, we have shown that it can have both tumor promoting and suppressing properties, depending on the tumor context (Sangrar et al., 2005; Zhang et al., 2011). In one breast cancer model, we showed that FES expression in the cancer cells did not influence the tumorigenic process; however, when FES expression in the tumor niche was associated with greater tumor growth and metastasis (Zhang et al., 2011); and in another transgenic model, we observed increased immune involvement in the tumor niche of fes knockout mice. This and other observations led us to hypothesize that FES inhibition in macrophages, a prominent cell type in the tumor niche, could result in a more robust anti-tumor immune response; in part through a more robust activation of cytotoxic T lymphocytes by antigen presenting cells. This research project aims to elucidate the molecular involvement of FES in antigen presenting cells and test the idea that genetic disruption of fes in tumor associated macrophages and dendritic cells could enhance the efficacy of oncolytic viruses or other therapeutics.

Ezrin and its closely related Radixin and Moesin family members serve as adaptors which link membrane-associated effectors to the actin cytoskeleton. We and others have shown that high ezrin expression in breast cancer clinical samples is associated with poor overall and relapse free survival and to poor response to anthracycline and taxane-based chemotherapies, which are often used to treat breast cancer. This establishes Ezrin as a powerful prognostic and predictive biomarker. Using genetic approaches to manipulate ezrin expression (knock-down, knockout or over-expression of wild type or mutant alleles of ezrin) in preclinical cancer model systems we have validated its metastasis driving and drug resistance conferring roles (Ghaffari et al., 2019; Hoskin et al., 2015). These exciting observations and detailed understanding of how ezrin is regulated and functions at the molecular level have enabled us to develop a strategy to screen for and develop small molecule ezrin inhibitors to test in our preclinical cell and mouse tumor models.

The Arpin regulator of actin dynamics:

Arpin is a recently discovered regulator of lamellipodia dynamics at the leading edge of migrating cells. By competing with the actin nucleation promoting factor WAVE for binding to Arp2/3, Arpin inhibits the formation of branched actin by the Arp2/3 complex - hence the name Arp2/3 inhibitor. Cell biological phenotypes associated with Arpin knockdown or over-expression led its discoverers, Alexis Gautreau and colleagues, to hypothesize that it regulates directional cell migration. In the absence of Arpin, cells continued moving in the same direction, and were less likely to turn. This suggested that Arpin-deficient cells may not respond appropriately to environmental cues that inform directional cell migration. In collaboration with Dr. Gautreau, and with support from the Cancer Research Society, we initiated a new project designed to determine how Arpin disruption affects tumor growth and metastasis. We showed that Arpin knockdown (shRNA) or knockout (CRISPR-Cas9) in the human triple negative breast carcinoma cell line MDA-MB-231 was associated with reduced metastasis in orthotopic mouse xenograft studies. Arpin is phosphorylated on tyrosine-5 (Y5), and appears to be cleaved in a central hinge region and the C-terminal region by calpain. These observations suggest that Arpin contributes to the metastatic behaviour of breast cancer cells, and it could be subject to post-translational modifications including calpain cleavage and tyrosine phosphorylation. We are using structure-function studies to elucidate Arpin molecular functions and regulation in cancer cells. We hypothesize that interfering with Arpin expression, function or regulation will attenuate metastasis.